This article is part of the Communities Summit 2020 Series. Sign up for free to hear Simon share his expertise in ‘An Insider’s Guide to Maximising Community ROI‘

Over the years, I’ve learned a few things about building successful insight communities. I’ve also made my fair share of mistakes.

I’ve been responsible for hundreds of long term communities across EMEA for Vision Critical, and now with Potentiate: car drivers in France, cookery enthusiasts in Italy, chicken fans in the UK.

But in a former life, I was a CMO.

I led the commercial marketing team for Exterion Media, Transport for London’s Out-of-Home media partner. If you’ve ever used the London Underground, you will have seen hundreds of Exterion posters and digital screens. At the time, it was the single biggest outdoor media contract in the world.

This is not bragging. This is to give you an idea of the commercial pressure we were under as a sales and marketing team. Every penny we invested had to have a clear link to the bottom line.

So when our team wanted to build a community of urbanites to better understand this audience, we knew WorkShopPlay (as it was branded) would have to show a clear return in the first 12 months.

It would have to differentiate Exterion from other media owners, win the confidence of a sceptical sales team and help them close more deals with advertisers.

Well, in the first full year of operation, insights from the community contributed to over £6 million in new advertising sales.

I can’t say how much we spent on the community in that period – but it’s safe to say that it paid for itself many, many times over.

Don’t under-resource your team. But don’t assume you can do everything in-house either.

So what did we learn? I’ll be sharing some of the lessons in my session at the Communities Summit. But I can tell you now is what not to do.

Don’t under-resource your team. But don’t assume you can do everything in-house either.

And don’t promote your community as a saving on research costs. Make sure you pitch it as an investment for growth.

Along with the pitfalls to avoid, I’ll also share lots of practical tips.

How to build a real community – rather than just a survey panel.

How to build a brand and a strong identity for your community – inside your organisation and with the audience you want to recruit.

And how to hit that sweet spot where super-sticky engagement meets super-happy stakeholders.

My session will be a guide on how to get the most out of your community so that it is recognised in your organisation as a strategic investment rather than a cost.

Hopefully you’ll learn something new and be motivated to try one or two of the things I suggest so you drive greater ROI from your community.

And avoid making some of the mistakes I have in the past.

Come along and join us if you already have a community and you want more value from it; or if you’re thinking about setting one up and want to make sure you’re planning for success. 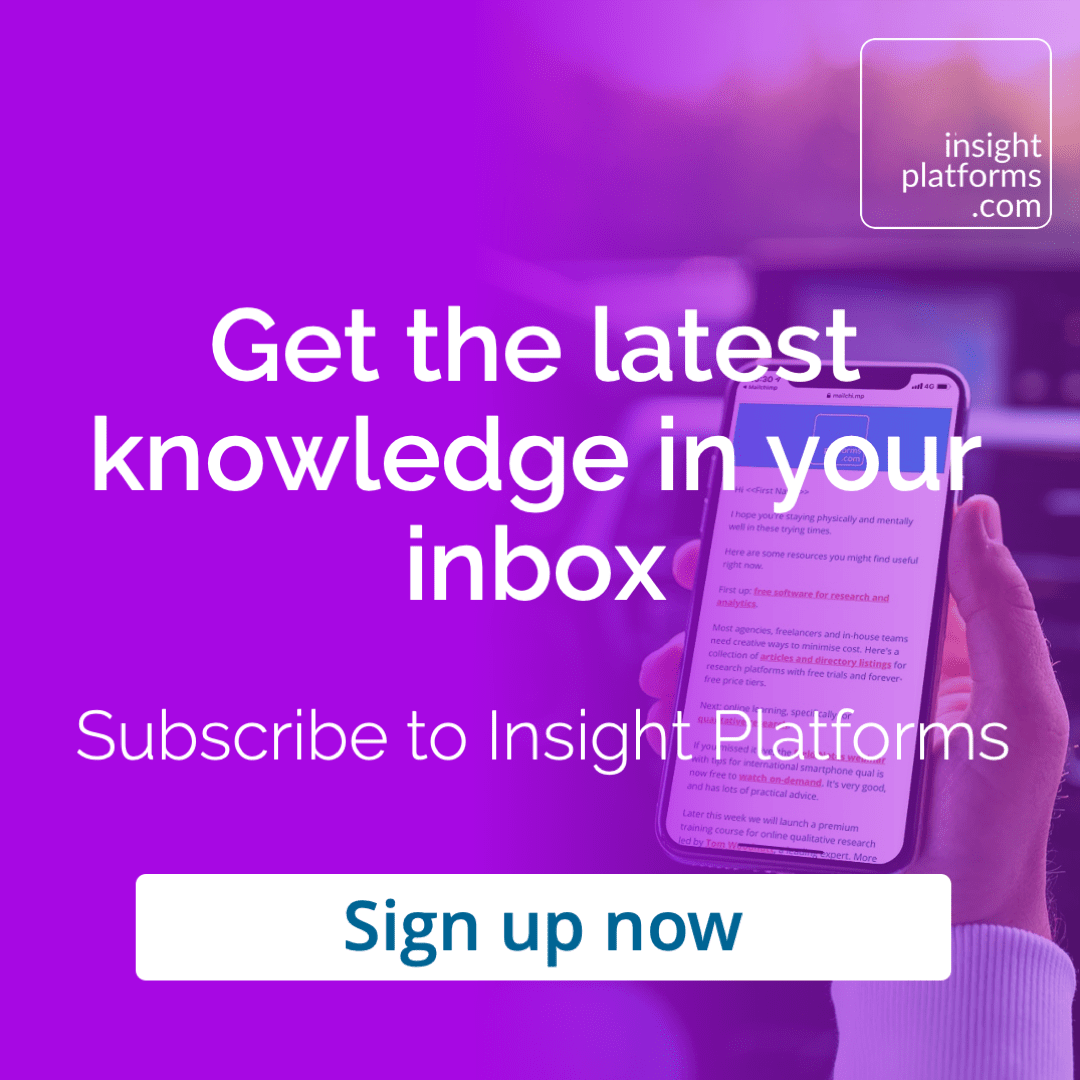