This article first appeared as commentary in the 2019 Business & Innovation GRIT Report from Greenbook.

Wow, this industry is getting crowded.

New startups are popping up like those baby Godzilla things in Cloverfield. The sheer volume of research tech feels overwhelming to a lot of people.

Some people say our industry is cautious and slow-moving. Go tell that to 20 of the top 50 on the GRIT Tech List who barely existed five years ago. Or to the huge long tail of emerging solutions identified as great innovators. Or to the 900+ software and data platforms that researchers now have available to them.

It’s about diversity as well as volume.

When I look at the top 50 lists – not just Tech, but Analytics, Qual, Strategy, all of them – I’m struck by the sheer breadth of this industry. Video analytics. Thousand-person discussion groups. Turnkey ad testing. Integrations with CRM platforms, programmatic ad networks and design prototyping software. Visualisation. Mobile eye tracking. Crowdsourcing. It goes on.

Tools, methods and data sources that were unimaginable a few years ago are now widely used in agencies and insight teams.

Not my words. Those of Eric Siegel, former Assistant Professor of Machine Learning & AI at Columbia University. His point is that Artificial Intelligence isn’t such a helpful label.

I get it. Ask ten people for a definition of AI and you’ll get 12 answers.

And so it seems in our industry. In the latest GRIT survey, buyers and suppliers identified AI as the biggest disruptive trend they face. But none of us seem to agree on what AI really means. It’s like we’re all feeling a different part of the elephant in the dark.

Maybe that doesn’t matter. In a few years, ‘artificial intelligence’ will probably sound as quaint and redundant as computerisation or the information superhighway.

But whatever we think it means, we’re all convinced that AI will be big.

Services matter more than ever.

At one end of the spectrum sit agencies and consultants, terrified that software will eat their business. At the other end are investors who think their research tech bets should deliver gross margins of 80%+. Somewhere between terror and delusion lies the reality of our industry: that software and services create mutual value.

Software is creating jobs in our industry, not killing them.

Buyers and suppliers talk at cross-purposes.

Both groups seem to want the same things from technology: take away grunt work, do things faster, add more value.

But the two groups describe these benefits in quite different terms. In the GRIT survey, buyers are twice as likely to focus on outcomes like ‘faster decisions’ and ‘more time for interpretation’. Suppliers more often talk in process terms about ‘research automation’ and efficiencies.

Memo to every supplier: speak your customers’ language.

At IIEX Europe, Nestlé admitted to using over 100 different insight platforms; Unilever CMI told us how they trialed more than 800 startups in 5 years. But even these large, experimental buyers don’t reflect the whole breadth and diversity of what’s innovative in insight.

There are teams in CX, UX, digital, social and analytics who use research tech extensively – but don’t fall under insight teams and are not in scope for the GRIT study.

So who still thinks we’re a cautious and slow-moving industry? 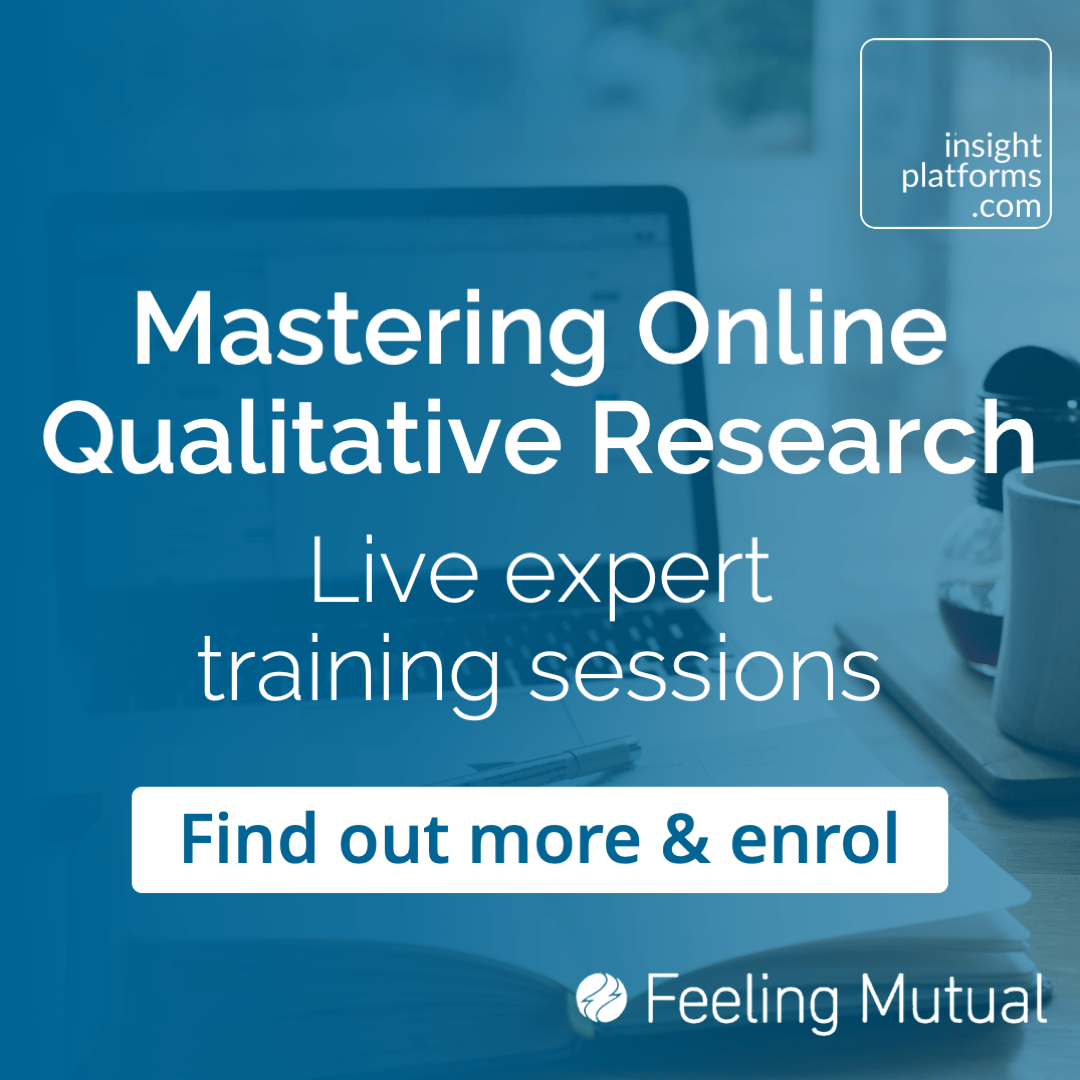