So I know this IIEX gig is about innovation – but there wasn’t actually much new new stuff on show in Amsterdam.

And that’s such a good thing.

Over the last 5 years we’ve seen this frenetic pace of innovation in insight.

Every week, more startups have launched with their own fresh taken on agile testing, natural language analytics, video insights, chatbots or knowledge management.

It’s actually been a bit overwhelming.

And the pace of new stuff from suppliers has made it hard for buyers to keep up. Every client I speak to is besieged by sales calls and actively trialling a dozen new toys at once. They’re also dealing with re-orgs, headcount limits and stakeholder dramas.

They want to transform their insight team, but there’s a limit to how quickly they can do it. With all this innovation, many of them feel like they’ve eaten too much at the all-inclusive buffet and now just need a nice lie down.

So for me, it was actually quite a relief not see anything too radical or any big new ideas.

This year was more about evolution: continued adaptation by insight teams as they digest all the different things they’ve tried. Examples of use cases and success stories. Actual commercial impact.

I’ve grouped what I saw into 5 themes. They’re not exhaustive or mutually exclusive, and I’ve left a lot out. But hopefully it gives you a flavour of what was on show.

1. From projects to knowledge capital

Historically, many research projects were commissioned to meet specific needs: one category, one market, one point-in-time. The outputs lived in individual documents, presentations or datasets. New questions led to new research projects because the old answers were so hard to find. In most cases, nobody knew the answers even existed.

So there is a big need to consolidate research and consumer data in formats that are re-usable and easily searchable.

Several of these research and knowledge management platforms were on show, and it was good to hear the customers describe the value they get from these tools.

WPP Health showcased their investment in Bloomfire, which was part of a wider digital transformation led by the IT team.

Then we heard from insight leaders at Mondelez, who described how they built a €175m knowledge asset on the Market Logic Software platform.

It also does useful things with Artificial Intelligence, like finding relationships between different knowledge assets and auto-summarising the content of reports.

Mondelez had some cool success stories about using these features to access ‘hidden insights’. For example, they built an entire brand book for Toblerone without doing any fresh research – by using insights that had been ‘accidentally’ collected about the brand in other projects. Nice advert for lean working and cost avoidance.

Then we heard from Carlsberg, whose $10bn revenues and 140-odd brands are supported by an insight team of just 40 people around the world.

Their knowledge platform of choice is Stravito, whose focus on interface design and user experience helps get people to use the system. It centralises and curates data – social, custom research, market reports, first party data, data from on- and off-trade partners – and frees up time and headcount in the team.

So much so that Carlsberg has changed the profile of its insight team, and is now recruiting experts in specialist disciplines like ethnography and anthropology.

2. From simple partnerships to messier models

Life used to be so much easier.

As an insight manager, you would buy data from vendors (market reports, household panels, syndicated studies) or you would buy services from agencies.

Now we see a much more flexitarian approach to managing insight teams and partners: a mix of in-house experts, plenty of software, some self-sufficiency, some out-sourcing, and a far wider group of partners than just a standard set of agencies.

Complete in-housing of research teams is pretty rare, and it’s hard to make it work properly. Most clients who go down this route develop a newfound respect for the complexity of agencies.

But insight teams are adding far more niche specialists than they ever would have previously.

There’s a need to have expertise embedded in the business, people who work more closely with stakeholders and really align with the culture and context.

Timelines are also ridiculously short these days – which favours in-house experts. Software tools have also automated some of what agencies did previously – concept testing, ad testing and simple surveys.

Carlsberg’s ethnographers and anthropolopgists are an extreme example, but we also heard from Sky, whose Insight & Analytics team has over 100 members. It includes experts in qualitative research, data science and other niche areas.

And user research has always tended to be more of an in-house function than something that gets outsourced to agencies.

We heard from booking.com, whose team started with a single researcher and is now up to 10 – including market researchers as well as UX experts. It supports a team of 700 marketers, and does things in-house that most teams would outsource – like running a 40-country brand tracker. But they still rely on agencies for specialist help or on-the-ground work in far flung markets.

And the stories from WeTransfer and Randstad were similar – starting with user research and adding market research capabilities over time. Keeping it in-house where possible, but outsourcing for expertise.

There were also plenty of hybrid models on display: external providers of both technology and services, working with clients in more flexible ways. Sometimes, the client team is entirely self-sufficient; sometimes they lean on the partner for basic project support; at other times they need full service, strategic research help.

We heard from incling – booking.com’s qualitative community research provider – and Crowdtech, whose toolbox and services are embedded into clients’ agile processes. Both work across a spectrum from software-only to full service.

And we heard from quantilope, whose model is to partner with clients for agile transformations. Each client ends up with an individually tailored version of the quantilope testing and analytics platform, with their own support and service model.

The clear message from IIEX is that it’s not a binary thing. You don’t have to choose between a purely in-house approach and external agencies. It’s a patchwork of software tools, partners, services and internal experts that you put together in different ways for different projects.

3. From isolation to triangulation

It’s annoying when there are different versions of the truth.

Customer insight suffers from this it comes from lots of places around the organisation: market research, user research, social listening, business intelligence, customer support … it’s easy for these sources to tell conflicting stories.

At IIEX, there were some good examples of bringing these disparate sources of truth together – either in the organisational structure or by using tools that integrate data better.

In structural terms, the opening panel discussed whether User Research and Market Research teams should be combined. All the organisations represented – in media, recruitment, digital services and home automation – tried to align both teams as much as possible, even if they remain structurally separated.

We also saw a presentation from Google about the power of triangulating different signals – from Google Trends, Similar Audiences and Keyword Planner – for campaign planning.

(Fun / terrifying fact that was new to me: Google has seven core platforms, each with more than one billion users: Chrome, Maps, Gmail, YouTube, Android and Play. Oh, and Search)

Yes, good insight people have always taken data from different places. But as the discipline has grown, it has also balkanised into these specialist territories. It’s good to see them coming back together with a mix of structure, software and seating plans.

4. From question to conversation

They force answers that people don’t want to give. They channel the biases and assumptions of the people who design them. And over the years they have developed their own weird language that nobody else understands.

So it’s great to see so many options emerging for more natural conversational approaches to research.

These are quite disparate, but all underpinned by advances in Natural Language Processing: text-to-speech, topic modelling, sentiment analysis etc.

We saw a new chatbot research app out of Brazil – On the Go.

Phebi won the innovation competition with its voice-enabled surveys tool. Respondents can choose to type or speak their answers – great for accessibility.

CrowdDNA showcased their use of voice feedback in online qualitative research.

And Wonderflow gave a demo of their CX Analytics platform. It processes and visualises feedback from surveys, social media, reviews and complaints. Their reports use natural language generation for descriptive commentary; and the tool will soon have a conversational interface for analytics, like Power BI’s Q&A feature.

And there was a great case study from Woolworths, the upscale South African retailer, with Kantar.

They built a custom conversational bot for a food diary study. Serena, the bot’s persona, nudged users to fill the diary out each day.

Woolworth’s long term vision for Serena is use her as the interface for a research and knowledge management platform. Allow anyone ask her a question about consumers; if the answer’s not already in the database, she’ll initiate a project to find it out by asking more consumers.

5. From language to observation

There were also plenty of creative examples of insight derived from observational data.

Telenet and One Inch Whale showed how they used 3D sensors and cameras to generate in-store analytics similar to those you get for digital properties – heatmaps, user flows, hotspots, A/B tests etc. Clever stuff.

BlueYonder showed off their Clickscape device – a clickable button that participants press whenever they see / hear / do / feel something. It’s a ridiculously simple idea that has all sorts of applications for measuring real world behaviours that are hard to capture through other forms of feedback.

One thing stood out, and kudos to GreenBook.

This was one of the least male line-ups I’ve seen at a big industry conference. Still not ethnically very mixed – but lots of varied accents, lots of women on stage and lots of fresh perspectives.

What did I miss? I didn’t see everything, and my memory’s not what it used to be. Feel free to add comments below. 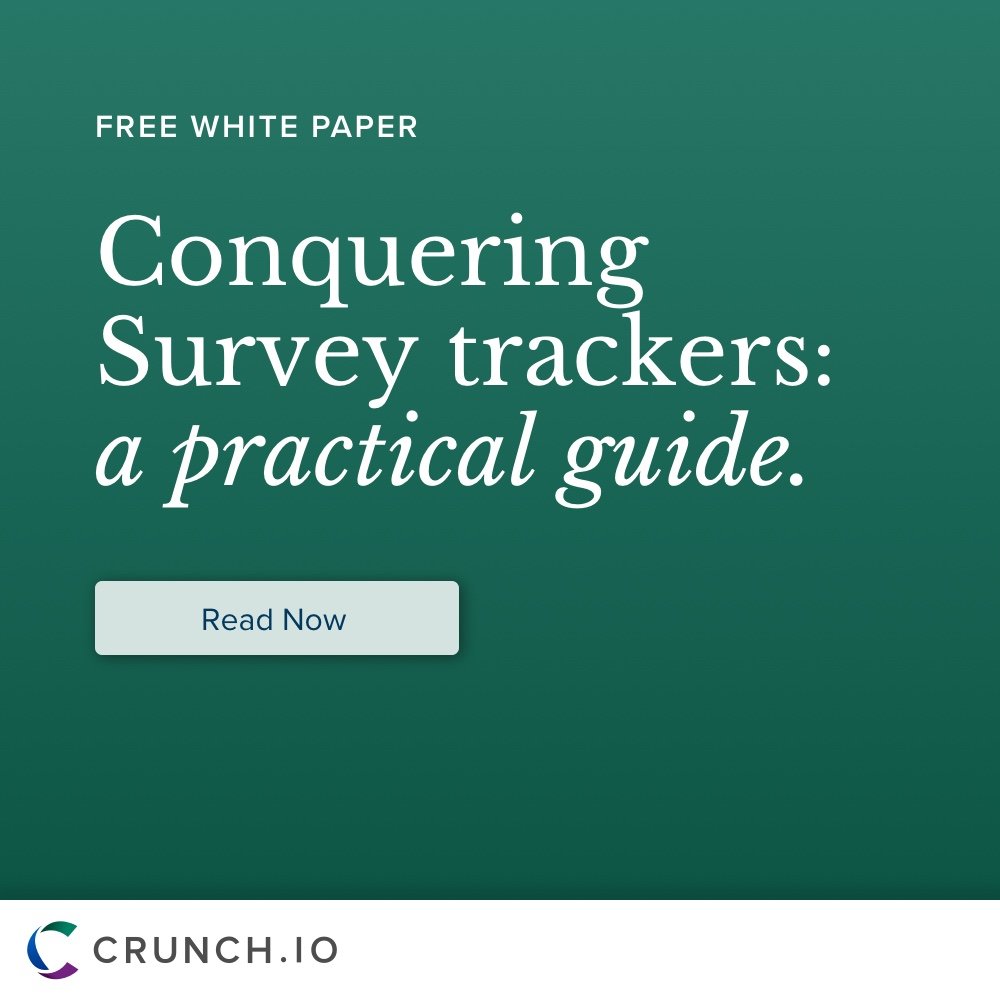